Game balance is often used to describe the challenge that one faces in a competitive game relative to other players. Differing strategies, abilities, characters are said to be ‘in balance’ when each is about as effective as any other. This is a huge deal for any PVP game – if you do not have strong balance, and there are a few strategies (or even just one) that are more powerful than all others, you reduce the options and choices that players have. Without an even playing field you have a game that people will stop playing very quickly.

Blizzard is no stranger to balancing complex multiplayer games: most notable the Starcraft, and Warcraft (RTS) franchises. They have never balanced a 1st person MOBA… at least not until Overwatch. If your home is a nice, tidy 3-bedroom townhouse under a rock I will simply say that Overwatch is a round-based game with many hero characters of vastly different aesthetics, abilities, and roles that sold 7 million copies in its first week.

So what helps make Overwatch such a great (and well balanced) game?

For each of Overwatch’s 21 heroes there are 3-4 abilities each. Each hero feels very unique in their look, and flavor, but also in their ability loadout. There aren’t many overlapping abilities from hero to hero, and when there are similarities their visual signature makes them feel very unique. Abilities cannot be upgraded or changed in any way.

Limiting the number of abilities (and including no upgrade path) for each hero is a wise move on many levels. It allows players to learn the basics of individual heroes in a short amount of time, a must for a game with an (almost) overwhelming amount of hero choices. It also invites players to learn more when they are ready, and keeps the gameplay ‘block’ of each hero clean so that hero combinations (an important aspect of team play) are crystal clear for the player… and the dev team when they are balancing damage, hero role and team makeup.

Each match in Overwatch is a 6v6 affair that challenges teams to take capture points, defend them, and escort ‘cargo’ from one destination to another. There are slight variations that rotate through each round played, but essentially that’s it. If it sounds simple, it is.

There is however a lot of power in the decision to keep the modes simple: players can very easily understand what they have to do, allowing newcomers to easily learn the objectives. It reduces the potential barrier of communication between people who don’t speak the same language, and most important of all, the decision keeps players focused on where to go in the excruciating heat of battle that happens almost every round.

The map design is equally simple and excellent: it is obvious that a ton of work has gone into giving each of the 21 characters their own spaces to ‘own’. Widowmaker, a pure sniper class, has many semi-shielded areas from which to take out unsuspecting opponents once the map has been grokked. The several enclosed areas of each map are a boon for the AOE attacks of heroes like Junkrat, and Pharah, and the long corridors work for good players of heroes like Tracer, Reinhardt and even Road Hog.

Some Animals are More Equal Than Others

The goal of ‘good game balance’ isn’t to create situations where everyone, playing every hero, is equal in all cases. Although it seems like the right way to go from a theoretical perspective, (and is much easier to create) it is a simplistic view of balance and severely reduces the interesting situations that developers and players crave. The goal should be to create a wealth of opportunities for all players to express their chosen playstyle, with their favourite hero and ‘own’ specific situations when they have mastered that hero. 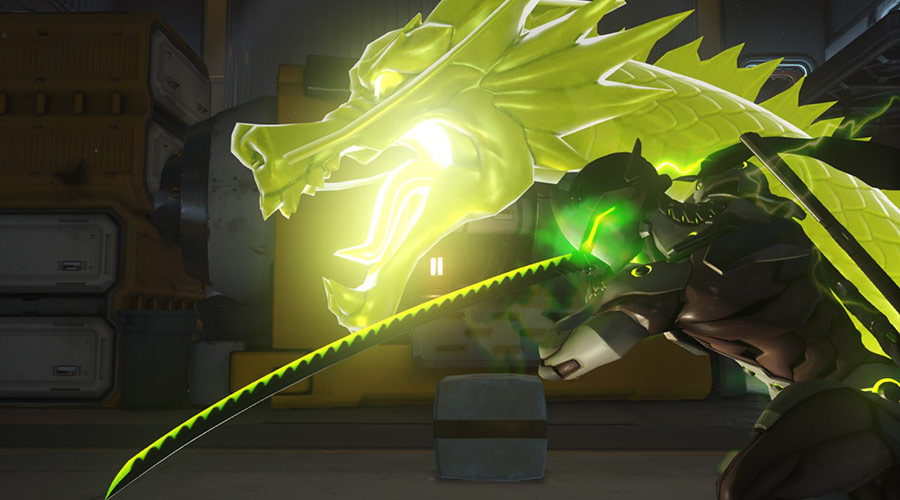 With some notable exceptions, Overwatch succeeds admirably in this regard. Each hero also has an Ultimate attack that charges over time, as well as through damage done. Thoroughly understanding it, and unleashing it at the perfect moment can turn the tide of battle, and even win the match for your team. One might call this an ‘unbalanced’ mechanic, but it creates amazingly powerful moments and gives players more meat to chew on when mastering their characters.

What’s Next for Overwatch?

Without knowing anything of their plans, obviously new heroes will be introduced at some point. This introduces tricky balance implications. What void (if any) are these new heros filling? Will they ‘step on the toes’ of current heroes? What niche will they carve out for themselves with their abilities? How will those abilities play nice (or not nice) with the abilities of older heroes? Will new overpowered combinations be discovered? (Yes, and within a few hours of release)

Balancing a game is never truly finished, it is only abandoned. With Blizzard titles however, we can expect that they will continue to gather data, iterate and improve the balance for years to come.

When balancing your own games, look to the excellent example(s) set by Blizzard. Keep things as simple as possible, and remember, when you remove noise around your balance, you elevate the clarity in your designs.