Podcast 011: What Made Dead by Daylight a Success

Welcome to another episode of the DFG. Me and Cote discuss the crazy (and somewhat unexpected) success of ‘Dead by Daylight’. It’s been about 6 weeks since release and the game has seen some impressive numbers.

One of the main strengths of the game is it’s connection to Twitch and esport: it’s unique blend of system based, replayable action has made it a staple on the streaming site even before release. Streamers have helped in the success by simply enjoying what they saw: their genuine interest has brought the game to millions that maybe would not have otherwise seen it.

Another reason for it’s popularity is its successful drawing on classic horror films for inspiration: what we feel by watching a horror movie from the 80’s is similar to what we feel when we play the game. It also has a ‘voyeuristic’ quality: watching the game is very fun compared to other games. Realizing this, the team introduced a spectator mode for cheap, which was very successful: players often stay in the match and watch the rest of it even when they have been taken out.

The biggest challenge now for Dead by Daylight: focus on 50% fixing bugs/improving things, 50% new content. The game was built with expansion in mind, and even though they didn’t have much time to create LOTS of content, they created a system that allows to more easily create more content down the line.

A surprise to the team was the popularity of the title in Chinese and Russian markets. We speak about how these new translations were a priority for the team after launch. Another big addition  is the ‘Survive with Friends’ mode: there was fear from the community that with this change the survivors would be able to outwit the killer essentially all the time. Using heaps of data, it turned out that there was only a difference of 1-2% in results before/after the change. Lesson: always check your numbers before you modify your designs.

Finally, Dead by Daylight will be at PAX West Sept 2-5th in Seattle – drop by to see the game in action and play some of the new content! 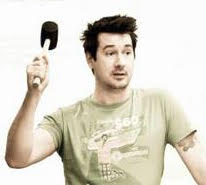 Guest on this podcast: Mathieu Coté

Spending my days enabling talented people to be at their best, and being a social chemist to create semi-stable creative compounds called "dev teams". Nothing has ever made me so happy or fulfilled. After over a decade in the industry, I am starting to realize I might actually have a pretty good bead on what it actually takes to make a game. I, produce.